No Weeds in Our Yards

We have all driven by that one house, or know of that one empty lot.Â  We all know one neighbor that we wish would really keep their lawn a little neater or, at least, use their space differently. There is a certain expectation when you live in community with others, especially in a large community like Chicago, that there will be a level of decorum in the way oneâ€™s property is kept. This is not only for the beauty of the neighborhood, but for safety as well. In fact, the Cityâ€™s Streets and Sanitationâ€™s website gives us a whole list of reasons for keeping vegetation under control: â€œHigh weeds can conceal illegal activities, obscure dangerous debris, harbor rodents, serve as a breeding ground for mosquitoes and West Nile Virus and contribute to allergies and breathing difficulties.â€ Although this encapsulates possible danger, it does leave the flavor of fear mongering in your mouth; the vast majority of vegetationâ€”especially native grassesâ€”increase drainage in the soil. Tall grasses do not attract mosquitos, shallow, stagnant pools do. 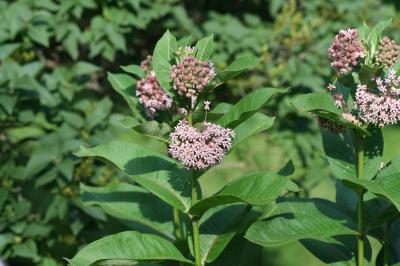 Milkweed is a weed right? Or is it a vital habitat and source of food for the Monarch butterfly?

â€œWeedsâ€ can mean so many different things to different people. For most people, the definition of a â€œweedâ€ is as simple as a plant growing where you donâ€™t want it to be growing. For a city inspector, it is technically any non-woody vegetation over 10â€ tall. The list of weeds for a well-informed naturalist or ecologist may be limited to poisonous plants like poison ivy and invasive species. Most homeowners stick to growing turf, hedges, trees, and designated flower or vegetable gardens, and as long as they keep their lawns cut and their heads down, they donâ€™t have to worry too much about the Cityâ€™s weed ordinance.

But the seas are changing. There is an increased interest in native plants, attracting pollinators, creating yards that look less like the 1950â€™s suburban ideal and look more like a place birds, bees, and humans can breathe comfortably without chemicals or aggressive mowing. Local landscaping powerhouses, like Christy Webber, are getting into the market too, selling sedges, native grasses, and other native plants to their customers. This may sound awesome, but those same customers are the ones who are being cited by the city for growing weeds on their property. Weeds? Or native plants? Is the current ordinance too broad or are those enforcing it uniformed? It may be a combination of both.

A cause for action

The â€œRules and Regulations for Weed Controlâ€ is a three-page document, written in unfriendly legal jargon, adopted in 2008. The meat of this document comes down to the right of the City to fine people if they donâ€™t manage their weeds.Â  If you want to know how to define â€œweeds,â€ this is what the City supplies: â€œâ€˜Weedâ€™ or â€˜weedsâ€™ means vegetation that is not managed or maintained by the person who owns or controls the property on which all such vegetation is located and which, on average, exceeds ten inches in height.â€Â  Well, that seems to simplify an entire kingdom of life down into some really uncertain terms.

It is just this definition that has caused several prominent Chicago home gardeners to be slapped with fines in the $600-700 range, for growing completely native and, in fact, award-winning gardens. Anyone can be charged for growing whatever an inspector considers to be out of line as long as it exceeds the height of ten inches and is not â€œmanaged and maintained.â€ If your neighbor thinks your hedges are hiding a ratâ€™s nest, they can call Streets and Sanitation to come inspect your property. If the City cites you and you disagree with the citation, you must show up in court to fight the citation, and pay the court costs. There is currently no grace period, no re-inspection, and no first abuse warning.Â If you have â€œweeds,â€ you either pay the fine or go to court, where your chances may not be a whole lot better with a judge.

This presents a gloomy outlook for the ecologically-minded home landscaper in Chicago. Sure, you own your property and you are free to plant whatever you like.Â  You can keep bees and provide them beautiful wildflowers as sustenance, but beware the neighbor that calls you in for suspected â€œconcealing illegal activitiesâ€ with those clumps of aster and bee balm. Â Furthermore, urban agriculture is growing in Chicago. There are many city lots filled with vegetables, fruits, but also cover crops to improve soil fertility. Cover crops are a vital part of promoting a healthy soil biome and making sure that nutrients are consistently available to cash crops year after year.Â  They also look like â€œweeds,â€ especially considering oats, grasses, and some types of clover can get quite tall, depending on the time of year they are planted.Â  Under the current ordinance, the City is free to fine the farmer for growing legitimate soil-enhancing crops, and is legally able to mow or spray neonicotinoids to destroy them, in addition to citing and fining the farmer. Mowing or spraying, whether on a farm or a vacant lot, can do a lot of damage to our natural biodiversity in Chicago, but under the current ordinance, thereâ€™s only so much we can do to protect it.

Thus, Advocates for Urban Agriculture (AUA) is working together with concerned Chicago residents and property owners, many of whom have been fined, to craft a new ordinance. This document is completely different from the brief and uninformative ordinance that is currently in effect. AUAâ€™s Advocacy Working Group comprised of staff, AUA members, and community members, have created a working document that references functional weed ordinances from other Midwestern cities, such as Madison, WI, Green Bay, WI, Eden Prairie, MN, and Cincinnati, OH.

The document has been in the works for several months, and while it continues to be improved upon, I went to their meeting in December and I was very impressed with the level of intention going into the process. The main strength of this document, versus the current ordinance, is that it seeks to define everything. There is no room for grey area between a rose bush â€œweedâ€ and a poison ivy â€œweedâ€; there is a distinction made between turf grass and prairie grass. Finally, there is great work going into defining what people should be fined for, such as what exactly Chicago should consider to be â€œnoxious weedsâ€, â€œexotic weedsâ€, or â€œinvasive plantsâ€ and the issue of unmanaged plant growth.

With unmanaged plant growth, the working group is proposing that the City have system of citations and appeals for these issues similar to their system for parking violations. This would require the city to act quicker and give property owners timely feedback, in this case, hopefully with photo evidence of the offence. This would give the owner a number of days to fix the problem or face the fine. The goal is not to create additional work for the city inspectors, but rather make it make the ordinance strong enough and smart enough that people were not being wrongly accused in the first place. Ideally, there would be the opportunity to provide education for inspectors, but thatâ€™s not the priority for now.

As is the case with much advocacy work, the people are ready, but the government is not. AUA has cultivated allies in aldermanic offices, but the City Council is had made it clear they cannot move forward with a new ordinance yet due to pending court cases.Â  The goal of the Advocacy Working Group is to have a finished document ready to present when the City is able to move forward.

There are certainly situations in which the City should be able to cite residences for unmanaged plant growth and dangerous plants, but the current ordinance gets in the way of biodiversity in Chicago. We need a new weed ordinance in Chicago. If you are interested in having a voice in this conversation, you can contact AUA at info@auachicago.org to learn how to get more involved. Â 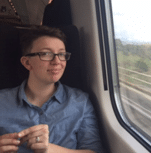 Rachel is a recent graduate of the Chicago Botanic Garden and Daley Collegeâ€™s Windy City Harvest certificate program in Urban Agriculture. Prior to agriculture, Rachel worked in higher education, career counseling, and did some writing on the side. She currently lives in Chicagoâ€™s Rogers Park neighborhood with her partner, cat, and dog. She has great hope for the future of agriculture, food justice, and nutrition education in Chicago. Follow Rachelâ€™s personal blog at http://sustainablyqueer.com/

AUA welcomes blog contributions from Chicago’s diverse urban agriculture community, including AUAÂ membersÂ and non-members alike. Since AUAÂ is a coalition of individuals, organizations and businesses that strives to represent the broad interests of it constituency in a democratic and transparent manner, it is important to note thatÂ the views expressed on the AUA Blog do not necessarily represent those officially endorsed by AUA.Â